Paul Rolland Smith passed away at home unexpectedly on March 9, 2017. He is survived by his wife Debbie of almost 45 years, daughter’s Angie Toland (Scott) of Livermore, Stacey Taimani of Martinez, Sarah Smith of Martinez and son Aaron (Rachel) of Pittsburg. He is also survived by seven grandchildren: Kiulani Taimani, Austin, Ian and Connor Toland, and Kianna, Alyssa and Nalia Smith. His mother and father in law Tom and Carol Rogers of Rossmoor and his five siblings: Dave, Rod, Ben, Sue Craig and Julie Asregadoo. He is pre-deceased by his parents Marilynn Jacobs Smith and Robert Smith.

Paul was born on September 30, 1949 in Oakland, California to Marilynn Jacobs Smith and Robert Smith as the second of six children, and was raised in Pleasant Hill, California. From the time he was little, he loved to play practical jokes and this would be a theme that would carry through the rest of his life. Whether it was hiding from his wife at night while she turned out lights in the house to scare her, or getting his employees to do promotional videos for non-existent products (unbeknownst to them), no one was safe.

Paul graduated from College Park high school in 1967, and served a mission for the Church of Jesus Christ of Latter Day Saints in the Eastern States (NY, NJ and CT) from 1969-1971. He met the love of his life the day he came home, shopping at the mall in Concord for new clothes. He always swore she chased him around and that she was the one who proposed to him, but we all knew better. Paul and Debbie were married in the Oakland LDS Temple on October 21, 1972.

He was a general contractor for 36 years, owning his own business. He also worked at Diablo Valley College from 1999-2014. In retirement, he got his dog Maddie, which he always referred to as the “gold standard” of dogs. Last year he went through the process of having her certified as a therapy & hospice dog and together they did volunteer work through Tony LaRussa’s ARF Foundation in Walnut Creek, which was inspired by his grandson Ian Toland. He was an avid reader who loved history, was interested in genealogy and researching stories of his ancestors. He took pride in and spent a lot of time landscaping his yards and woodworking.

He was fiercely dedicated to his family and lived for his grandchildren. He never missed a game, school talent show, or church event, and was always so proud to see them excel and watch them grow up and develop their own interests which he encouraged and supported. They were his pride and joy and he had a special relationship with each one of them. He even learned how to text so he could communicate with them as they became teenagers.

He will forever be remembered for being loyal to his family, extremely hard working, quietly giving service to anyone who needed it, and could always be counted on to make you laugh as his quick wit and sense of humor was legendary.

Memorial services will be held on Saturday, March 18, 2017 at 11:00 am at the Church of Jesus Christ of Latter Day Saints located at 555 Boyd Rd. in Pleasant Hill. Private burial at Oakmont Memorial Park, Lafayette, CA.

Here is a link to the video Strava made for my 2016 mountain bike achievements.  I use the Strava app on all my rides.

Thank you to all who have served. May your sacrifice never be forgotten.

We made it to 20 years. We went to Anniversary Inn Monday night and stayed in the Carriage Lane room. It was nice to relax and be lazy.

On Tuesday we went to Allure for a pedicure. That was wonderful. Here’s to the next 20 years.

We went to the open house for the Provo City Center Temple tonight. It was converted from the tabernacle after the fire in December 2010. It is a beautiful building. It style resembles a 100 year old building and the stained glass is gorgeous. We could definitely feel God’s love while we were there.

We went to the Payson Temple open house on Thursday night. It was nice for the kids to see rooms they won’t be in for several years. House of The Lord. 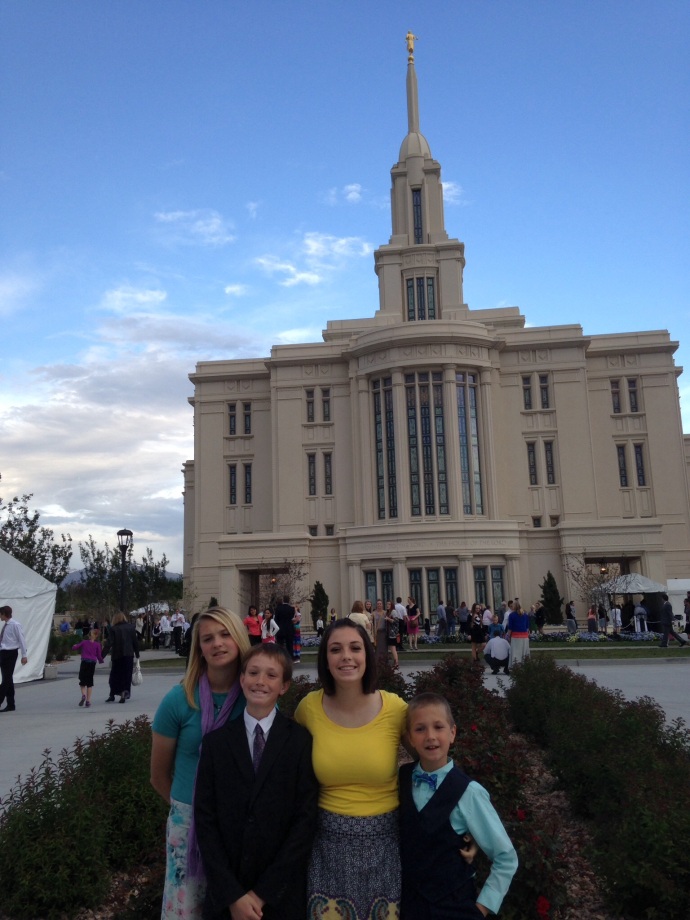 Our final obstacle. Over 10 miles, and electricity and hay bales were our last obstacle. It was a great course. I got through without being shocked.

Tonight I took the physical exam for Department of Corrections. I don’t think I broke a sweat, but the 1.5 mile run was outside and it was dark by then. After the physical requirements I took and passed the NPOST exam. I wasn’t too worried about it because it is basic reasoning and comprehension, and I comprehend basic reasoning. On to the drug test.

I mustache you a question 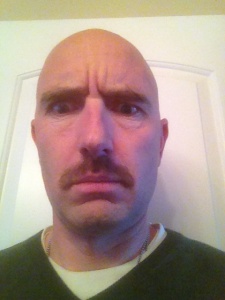